Once the foot-dragging locals in Surry were by-passed in prosecuting Vick’s case, things have changed dramatically. Michael Vick comes to Richmond today to face the music. But it ain’t over till it’s over. Now maybe he just owned the house, you know, for several years, and never, like, noticed 50 or 60 abused dogs around the place, the bloodstains, and all. Sure, makes sense to me, Michael. Who wouldn’t want a place in Surry? I’m afraid all my sympathy’s for the dogs.

God’s bid for the U.S. presidency seems to be headed for serious trouble. While his rivals are raising millions of dollars, God has raised exactly $0. God shrugged off concerns that this would doom his campaign, pointing out that “the love of money is the root of all evil.” An unnamed source from the Clinton campaign pointed out, however, “That doesn’t mean you can’t like it a whole, whole lot, right?” God, always a political maverick, has even refused federal matching funds. “I’m omnipresent. What do I need with TV ads? All the other candidates are talking about nothing but me, me, me. It’s like free advertising. When it’s voting time, people will know what to do.” 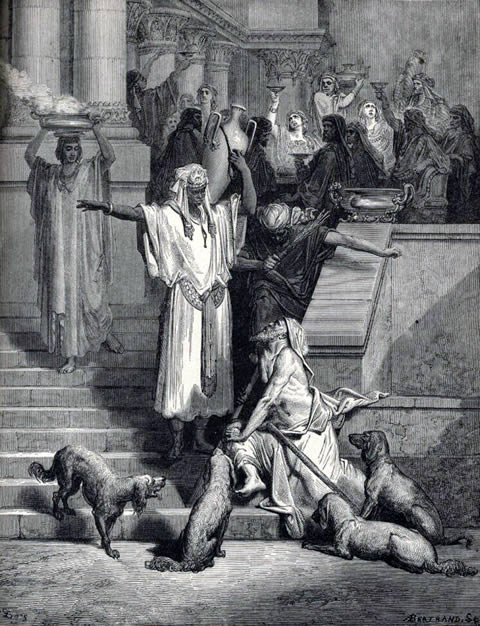 In my Urban Fantasy class today we discussed the following question about The Sixth Sense but could never reach consensus. (I’ll pose the question to be relatively spoiler free in case there’s anyone out there who hasn’t seen the flick). Both Cole (the kid) and Malcolm (the shrink) have secrets. We know when Malcolm learns Cole’s secret. When does Cole know Malcolm’s secret? The class was split down the middle with half, including myself, maintaining that Cole knows from the beginning, when they meet in the church. Others maintain that he only comes to realize it. Everyone pretty much agreed that he definitely knows by the end of the filmâ€”and before first time viewers do. So the question is when does Cole know?

I’m always surprised how much I like this movie, how it mostly holds up as a terrific plot stunt that actually strengthens the movie. The story you think you’re seeing and the story you’re actually watching inform each other quite movingly. If any of my fictional moms ever find themselves on film, I want Toni Colette to play the part. She does great moms. Course, she may be sick to death of moms. Hell, she can play any part she wants.

The red dress at the funeral party didn’t work for me, but mostly the details are wonderful. I keep trying to enjoy his later films as much, if at all, but so far it’s not happening. I haven’t seen Lady in the Water, but I did recently screen The Village. The village idiot did it is not much of a plot. The monster’s still wearing a red dress, but nobody’s dancing. How could a group of professional counsellors come up with something as dopey as the Village? With Shyalaman’s lame ideas. I suspected after Signs that he’d become afflicted with profundity. But The Village just seemed lifeless. I liked the blind girl, however, no matter how implausible her mission. 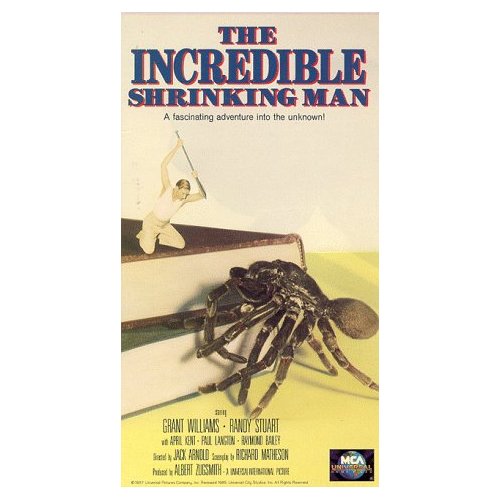 My urban fantasy class has turned out to be quite small. While I had 25 enrolled last summer, enrollment peaked at 15 in early summer and was down to 11 by the time the class met for the first time. For various reasons, that number has now dwindled to 7. It’s beginning to feel like one of those Agatha Christie stories in which the characters are offed one by one. This lightens the grading load to say the least. The surviving class members are quite a good group, so I find myself with a seminar class in fantasy. One casualty was the result of plagiarism, which always pisses me off. I was hoping to get through the summer without one. They seem to be more common in recent years; the internet makes it so easy, I suppose. But the same internet makes it so easy to catch. Don’t these people Google? The favorite source of stolen words these days? Amazon.com reviews. I just had a plagiarism on Gaiman’s Anansi Boys that was cobbled together from 4 or 5 different reviews, some of which were really quite intelligent. Unfortunately, the authors weren’t enrolled in my class…

Marina, one of my beloved stepdaughters, is featured prominently in an article in the Richmond Times-Dispatch today for her fashion design work. I suppose I might be able to take some tiny credit for giving her her first sewing instruction, but she’s drawn clothing designs since she could hold a pencil. Follow the link, watch the slideshow, buy the clothes someday…

I’m still grading final exams, but the sf class ended yesterday. I thoroughly enjoyed teaching the class. I hope my students enjoyed it as well. When I polled them about the books we read, the results were interesting. There was a tie for the least favorite novelâ€”Bradbury’s Fahrenheit 451 and Murakami’s Hard-Boiled Wonderland and The End of the World. However, when I asked what their favorite novel was, Murakami got the most votes of any single novel. So, safe to say, he evoked the strongest reaction and will remain on the syllabus. Ray B. be gone, however. I may return to Bester’s The Stars My Destination for the 50’s choice, though I welcome suggestions.

I’m often asked what I mean by Urban Fantasy and why I’ve chosen that tag for the course. We look at fantasy set in a modern setting as opposed to an idealized past or alternate world. “Contemporary fantasy” is an ambiguous term since it might refer to fantasy written by contemporary authors, regardless of the fantastic setting. “Dark fantasy” fits some of the works we’ll study, but not all of it’s “dark.” Anyway the Tolkienesque stuff rarely interests me even though I love the literature from which it sprang, medieval and renaissance romance. Maybe that’s because Marie de France and Ariosto are so damn sexy. 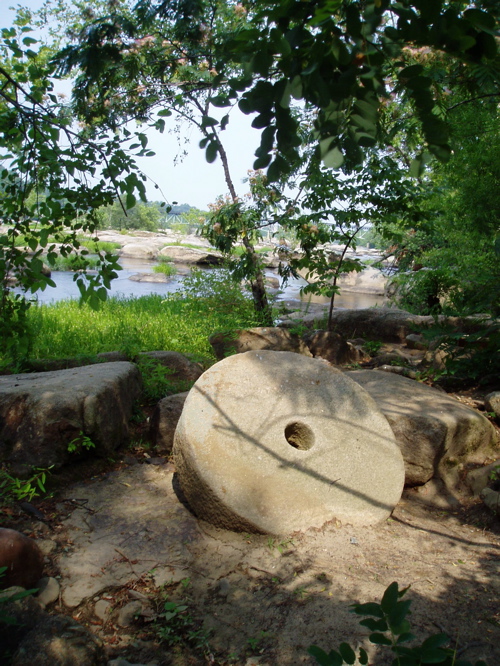 Former student Dustin Lacina sent me the link for this delightful commentary by Ursula Le Guin: On Serious Literature. Enjoy.

Sarah and I went to see Sicko recently out in suburbia. The only places the film is playing in the Richmond area are way the hell out beyond our usual stomping grounds. We loved the film and both found it surprisingly moving, especially the Cuban segment. The expedition really brought home to us, however, what city dwellers we are and how ill-suited we are to the car habitat. Short Pump, where the 14 screen monstrosity resides where we saw the film, is a big box nightmare with seas of cars and lanes and lanes of traffic to go anywhere. We had intended while there to go two blocks up the road to the Apple Store. (I hope to get a new keyboard before beginning another novel; this one is falling apart). The idiocy of getting in a car to make the journey was anathema to us, but our attempt to walk soon proved impossible. The Times-Dispatch ran a cover story on the unfortunate dangers of drivingâ€”one of our leading ways to die in this countryâ€”with several suggestions for improving your odds. Driving less wasn’t one of them and certainly not living somewhere you didn’t need to drive to go a couple of blocks. I’ll stay in the city where it’s safer.