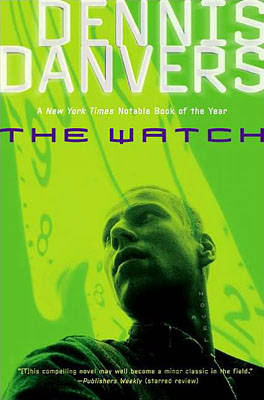 A philosophical inquiry with a basic moral point, this literate time-travel tale also thoroughly entertains. In 1921, the ailing, 78-year-old Russian anarchist Peter Kropotkin is visited by an “angel,” Anchee Mahur, who offers him a mysterious choice. He can either die or resume life as a young man, but in 1999, in Richmond, Va., Kropotkin agrees to a new life, but never loses his distrust of Anchee, a being from a future so far ahead that Anchee claims he could never adapt to it. One has less a sense of reading a story than of following the provocative thinking of the novel’s displaced hero and narrator. The quotations that head each chapter from the real-life Kropotkin and such writers as Dickens and Coleridge, as well as Civil War generals and politicians lend insights into slavery, the Civil War and race in America. As Kropotkin copes with, and improves on, the world immediately around him, he tries to understand his purpose. Seemingly chance meetings give him a girlfriend, a job, friends, a place to live and contact with others from the past. Earl, a reclusive doctor and former resident of the Civil War-era prison on Belle Isle, provides more history lessons. As the anarchist becomes more aware of Anchee’s manipulations, he finds himself once again with a terrible choice. Does he go along with Anchee’s plan or suffer the consequences if he does not? Can he trade personal comfort for humanity’s potential slavery? Danvers (End of Days) succeeds in making the reader really care about the answers. (Jan. 2)Forecast: Reminiscent of classic SF tales of the ’40s and ’50s, such as Asimov’s Foundation series, this compelling novel may well become a minor classic in the field.
Copyright 2001 Cahners Business Information, Inc.