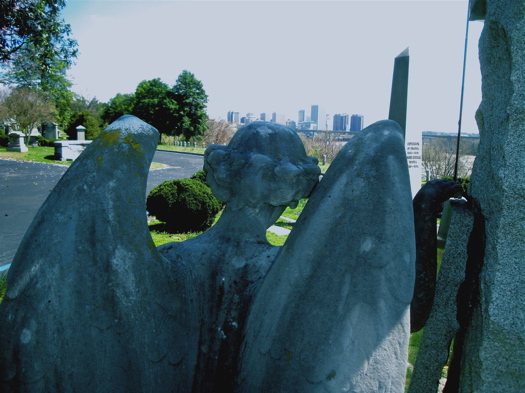 Except for the chilly wet weather (Richmond had much better in my absence), this was a terrific conference.Â  As usual, I went to lots of the readings.Â  Kij Johnson’s “Spar” stood out as an absolutely phenomenal short story.Â  It appeared in the October 2009 issue of Clarkesworld, one of the best of the online zines.Â  Kathy Goonan read from a novel in progress, This Shared Dream.Â  Tom De Haven read from both my favorite novel of his, It’s Superman, and a companion section from his extended essay about the Man of Steel, Our Hero.Â  Other standout readings included an unpublished story by Andy Duncan (whose performance skills are unrivalled), an excerpt from Donkey, a novel in progress by Nalo Hopkinson, and an excerpt from Joe Haldeman’s Earthbound.Â  Nalo’s luncheon address as the guest of honorâ€””A Reluctant Ambassador From the Planet of Midnight”â€”was also something of a remarkable fictional performance.Â  A special treat for me was meeting and hearing the work of Bernando Fernandez (“Bef”) and Pepe Rojo, two Mexican sf writers in attendance.Â  We found we had a lot to talk about.Â  Libby Greenway’s paper on Alex Rivera’s Sleep Dealer was terrific, but even better was that Rivera came for a screening of the film, and I was able to talk to him briefly.Â  All this helped persuade me to use Sleep Dealer in the sf class this summer instead of District 9, which will already get plenty of attention without my assistance. The best academic paper I heard was on Lost (I told you this is a cool conference).Â  Elizabeth Berkebile McManus’s “Protecting the Island: Interior and Exterior Space in Lost” provided an excellent perspective for viewing the enigmatic series.Â  Finally, not wanting to attend a conference without making a fool of myself, I volunteered to be in Timothy J. Anderson’s short play.Â  I swam around the auditorium with my fellow thespians in a drug-addled state (in the script).Â  I had several compliments on my swimming-without-water technique.Â  The other two plays, by Jeanne Beckwith (who also directed Tim’s play) were hilarious.Â  Andy Duncan and Brett Cox were bickering Martian astronauts, and John Kessel, Sydney Duncan, Kij Johnson, and Jim Kelly were a riot in “The Last Detective Story.”Â  The theme for next year’s conference is The Fantastic Ridiculous.Â  I can’t miss that!

Friday night, 5-7 pm, at Book People, 536 Granite Avenue (near Libbie and Grove) will be Richmond Noir Open House with editors and contributors available to mix, mingle, and sign.Â  Saturday, we’ll be at the Barnes & Noble, 1-4 pm, at Libbie Place.Â  Stop by PetSmart and see the dogs, then come by and visit us, maybe adopt a copy or two of Richmond Noir.

Finally, here’s a wonderful review from the Library Journal:

Richmond Noir. Akashic. Mar. 2010. 290p. ed. by Andrew Blossom & others. ISBN 978-1-933354-98-9. pap. $15.95. M
Richmond, VA, is a city of contrasts. Steeped in historyâ€”as the capital of the Confederacy and a center of slave tradeâ€”the city has become known for state politics, commerce, culture, and crime as it has become increasingly diverse, while still symbolizing Southern gentility. Although each of these 15 stories reveals a side of Richmond, its contrasts are shown most vividly in Dennis Danversâ€™s â€œTexas Beach,â€� in which a man finds the body of an immigrant killed accidentally while illegally felling trees so that a prominent white politician would have a better view of the James River from his mansion. Murder, scattered through these entries, is most chilling when it is imminent, as in Tom De Havenâ€™s â€œPlaying with DaBlonde,â€� in which a laid-off ad exec whoâ€™s into porn sees premonitions coming true. VERDICT A lovingly compiled entry in Akashicâ€™s strong regional noir series, this could have appeal beyond the Commonwealth and its capital.

muffler clatters to the roadâ€”

Brian Castleberry and I were on TV Thursday morning promoting Richmond Noir and the wonderful New York Deli event.Â  Here‘s a link to the video.Â  Jay Leno, eat your heart out. 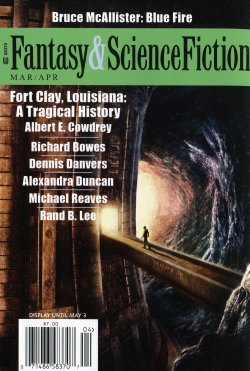 As I said in a previous post, I’ve waited a long time for this.Â  I keep looking at the name on the cover.Â  Gordon sees fit to give the story an adult WARNING, so I suppose I should too.Â  Any adults out there?Â  Never mind.Â  Here’s the first paragraph to get you started:

Letâ€™s start with the part where you wonâ€™t like me much, then take it from there.Â  No excuses.Â  I was married to a nice man with a little girl three years old, when I fell in love with another man and left my husband, lost my child in the custody battle, and ended up in the high Rockies with my lover.Â  He changed.Â  What did I know?Â  Iâ€™d known him nine months when he shot himself in our cabin, the dead of winter.Â  I dragged him outside so heâ€™d freeze solid and I could figure out what to do with him, but before I figured it out, something dragged him off.Â  When the thaw came, I got down off the mountain.Â  I live in the city now, a different one from where my husband lives.Â  Heâ€™s remarried, moved on.Â  My daughter calls her stepmother Mom last I heard, though sheâ€™s old enough by now to have a daughter of her own.Â  I leave them alone.Â  Thatâ€™s the only thing Iâ€™m proud of in that story, not that I ever tell it.Â  So thatâ€™s who youâ€™re dealing with.Â  In case you think it mattersâ€”a personâ€™s best-forgotten, sordid past.Â  For what itâ€™s worth, Iâ€™ve changed too.