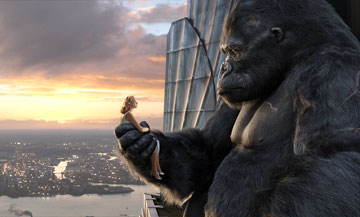 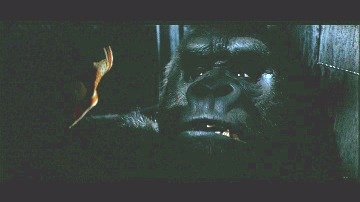 The first and only time I’d seen this version before was with my stepdaughter Ginger in 1976 when it came out. We saw it at the Campus Theater in Denton, Texas. I remember we both liked it and had a great time. More than thirty years later, I still love it. Pauline Kael gushed over it, and I pretty much agree with everything she said. The image of Kong in the bowels of an oil tanker (above) is simply terrific.

For the Kael review and lots of other cool stuff, I recommend Kingdom Kong, a swell site dedicated to the film. 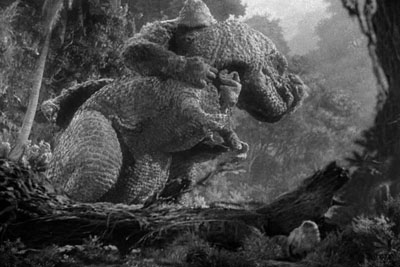 Poet Martha Carlson-Bradley, with whom I used to teach at Virginia Intermont College lo these many years ago, recently sent me a link to a lovely poem of hers, “At the Falls.” Enjoy. 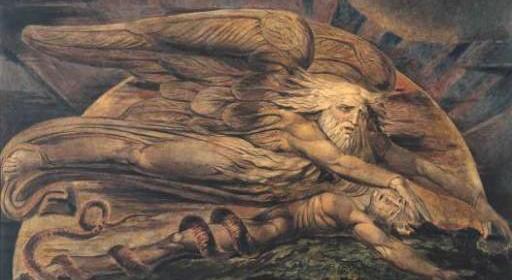 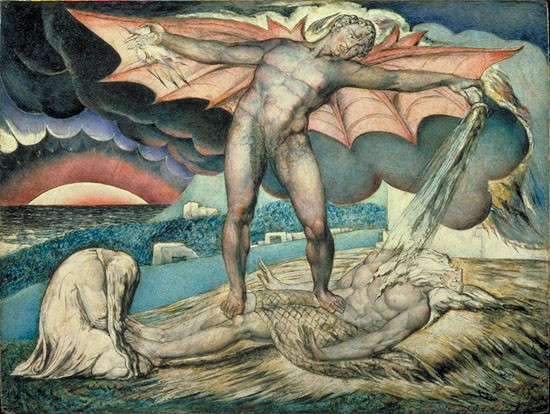 First, all my urban fantasy students wrote terrific finals. Next, I heard from Intergalactic Medicine Show that they will be publishing a story of mine, “The Angel’s Touch.” The incept for the story was Sarah teasing me when I was railing against one of the many angel tv shows that maybe I should write an angel story. Next, Sarah and I went on a rugged hike that included wading across the James near the railroad bridgeâ€”it’s that low. Then we joined friends to watch the Richmond Braves lose to a team called the Mudhens. (You’ve got to love a name like that). Finally we biked out to see Becoming Jane. (I was one of 3 or 4 males in the audience.) We both emerged dewy eyed and liked it a great deal.

My tiny Urban Fantasy class comes to a close today. The favorite book turned out to be Kafka on the Shore. They suggested that two short story collections was one too many, though they were divided as to which one should go. I’ve thoroughly enjoyed teaching this summer, but I’m definitely ready to get back to writing.

I have a new novel underway (in 1st chapter territory) called The Best Lucifer Ever. I’m rereading Paradise Lost and some of the more obscure passages of the Bible as part of the process and having a wonderful time.

A Richmond magazine called Boomer Life, a slick freebie for people my age, has a flattering profile of me by local writer Carrie Belt. She persuaded several nice people to lie about me. It’s available at CVS, Kroger’s, Ukrops, etc.

Link’s stories were not a huge success with my class. They liked the most accessible stories, “The Faery Handbag” and “Stone Animals.” I love the truly weird stories in the collection that manage to be at their weirdest with barely a drop of magicâ€””Magic for Beginners,” “Some Zombie Contingency Plans,” and “Lull.” We take up Murakami tomorrow. This was my fourth time reading Kafka on the Shore, and I’m still in love with it.

This is a poem I wrote about my dog Carrie. As the poem describes, she adopted me in 1983 when I was teaching at Virginia Intermont College in Bristol, Virginia. I’ve revised the poem over the years, read it once or twice, and never considered publishing it. I don’t know how she died, but I feel totally responsible. I let her trot around the neighborhood on her own, something I would never dream of doing now. She didn’t come home. There were several cases of dogs picked up in the area for use in training fighting dogs. That was most likely her fate. So when I’m a little hard on God here, I’m not saying anything I haven’t said to myselfâ€”and worse. Not that I wouldn’t say it to Him too, if I believed. Without further confession or ado, the poemâ€”

I watch with care
my dog moving across the yard.
Sheâ€™s dead now, only a month,
resurrected by my memoryâ€”
the sideways drift of her hind legs
gaining on the front,
her eyes wide, expectant,
the soprano chatter of her greeting.

I took her in as a stray.
My students found her on a mountaintop
in a thunderstorm, her eyes wide with shock,
her tits gorged with milk and puss,
no sign of the pups
in the flashes of lightning.

They carried her down on a stretcher made from tent poles and a coat.
They cut the chain off her neck with boltcutters.
After three weeks of antibiotics, she rose from her bed
and inexplicably fell in step beside me.

She lived with me for eight yearsâ€”
jittery when it rained,
cowering at the clink of chains,
good-hearted and gentle.
I often talked to her when we were alone.

I used to imagine her sufferings on that mountain.
Imagine Iâ€™d been her,
just as one might
imagine the sufferings of Christ,
to understand suffering.

Christ chained his own throat,
became a man to kill himself,
to pierce his own heart for a change,
to atone for his omnipotence.

Last night I knelt to pray
for the first time since my father died
ten years ago this February.
Then, I couldnâ€™t say a damn thing.
Last night, I prayed to Godâ€”
â€œThank you for dying,â€� I said.
â€œNow, I can imagine you
â€œalone in the wilderness,
â€œwind and rain and lightning all around,
â€œknowing soon youâ€™d die like a dogâ€”
â€œand maybe, just maybe, forgive you.â€�

As summer school sprints to a close, I’ve been too busy to post, eyeball deep in Kelly Link and Jeff Ford storiesâ€”that’ll alter your realityâ€”and poring over Donnie Darko. I can’t believe I actually get paid to do this. The most popular Jeff Ford story hands down was “The Weight of Words,” probably mine too. They beat up on “Coffins on the River.” The young, the young, I say, shaking my old head. I love that story. Most popular movie was equally divided between Being John Malkovich and Donnie Darko. Edward Scissorhands was voted off. They liked it, but there wasn’t that much to talk about. Gotta go read Murakami. There’s a guy in the next block who’s been catching cats. I wonder if he’s read Kafka on the Shore. What an incredible book. We start Link’s Magic for Beginner’s today.