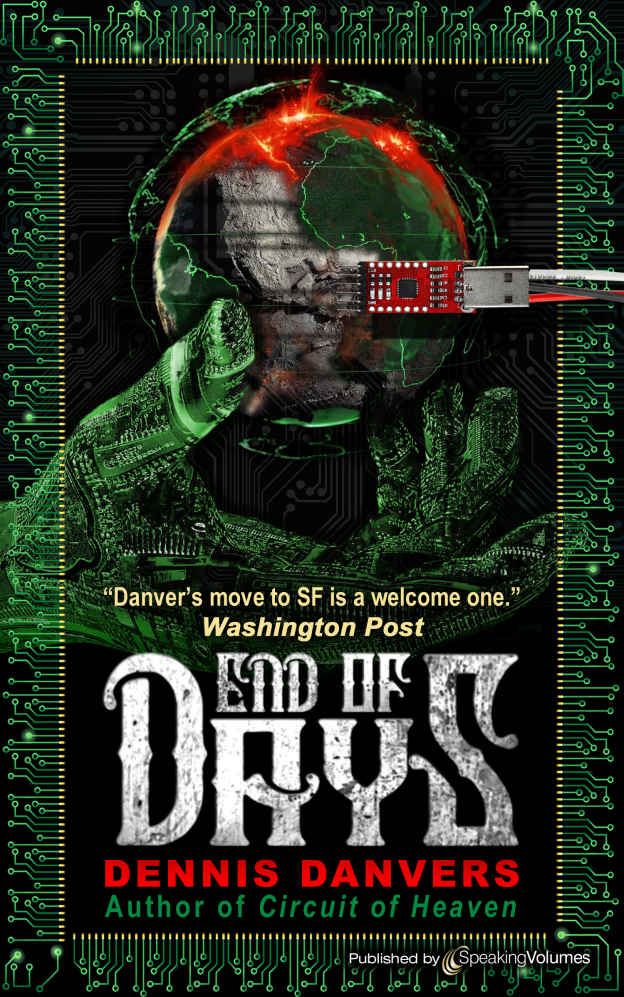 From Publishers Weekly
As detailed in Circuit of Heaven (1998), to which this novel is a sequel, more than a century ago most of Earth’s population abandoned reality to upload onto the Bin, a computer-generated Nirvana of instant gratification created by Newman Rogers. Those outside the Bin were decimated by the Army of God and its fundamentalist leader, Gabriel, who prophesied the “end of days,” when the righteous would be rewarded for their faith and sacrifice. When Gabriel dumped a killer virus into the Bin to destroy it, Rogers secretly saved his creation and moved its disembodied souls to a hidden site off-world. Now, despite the Bin’s coziness, its inhabitants are increasingly unsatisfied. Donovan Carroll, aka “Dr. Death,” links ennui and the increasing suicide rate to the fact that life inside the Bin is meaningless. Meanwhile, Sam, a disillusioned Christian Soldier, has found the hidden prototype for the Bin. Sam tries to keep it secret, if only to protect its sole inhabitant, Walter Tillman, the ugly duckling geneticist unwittingly responsible for the creation of Constructs, clone-slaves since freed. Betrayed by a fellow soldier, Sam teams up with a tough hooker-with-a-heart-of-gold named Laura, who just happens to have a communication link with the Bin, setting in motion a complex plot to reunite old lovers and destroy Gabriel. (June) Copyright 1999 Reed Business Information, Inc.