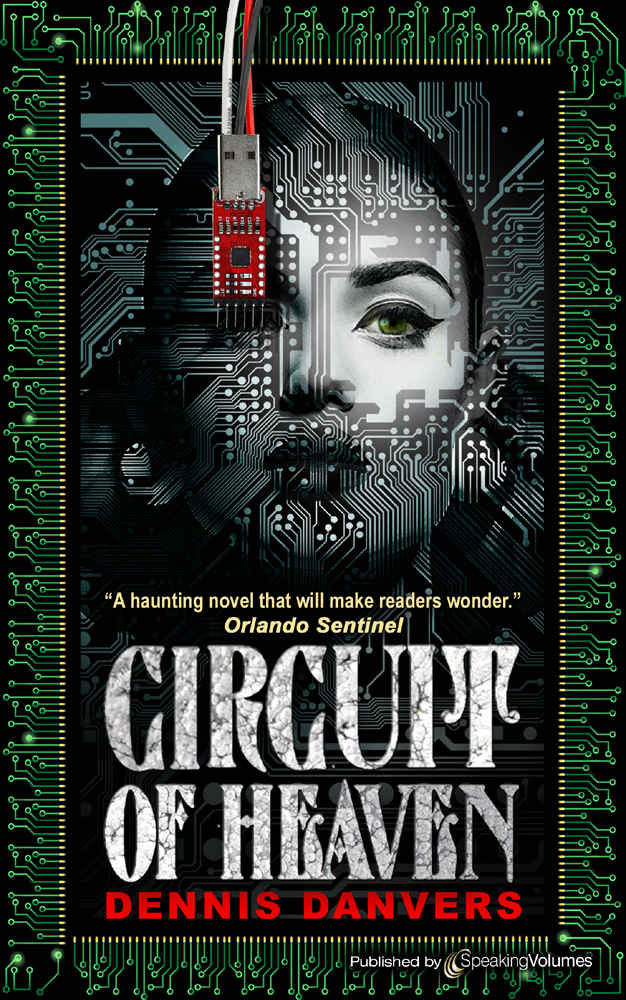 Science fiction is not noted for its love stories. All the more credit, then, to Dennis Danvers, whose CIRCUIT OF HEAVEN  movingly demonstrates that technological barriers can serve to separate ”star-cross’d lovers” as painfully as the more traditional barriers of class and clan.Danvers knows what is important in a love story, and he cuts to the quick. A brief prologue sets the stage: by the last decades of the 21st century, all but a tiny minority of the earth’s population have chosen to forsake their bodies and electronically upload their personalities into ”the Bin,” a virtual paradise where life is indistinguishable from real life except that there is no hunger or crime and no one ever dies.

The only holdouts are fundamentalist Christians waiting for the Rapture and a handful of malcontents like the 21-year-old Nemo. Nemo’s principled abhorrence of the mindless pursuit of pleasure that seems to epitomize Bin life is bound up with his anger at his parents, who chose paradise and left him, at the age of 10, in the care of a genetic ”Construct” named Lawrence, who resembles a giant lizard.

Outsiders can visit the Bin for a few hours at a time; they risk madness and death if they stay longer without going through the irreversible uploading process. On one of his awkward visits to his parents, Nemo meets a young woman named Justine, who is having trouble remembering her pre-Bin past. When Nemo and Justine fall in love, they are faced with agonizing choices. If Nemo enters the Bin to be with Justine, he makes a mockery of his principles and the life he has based on them. The only way Justine can join Nemo outside the Bin is to have herself illegally downloaded into a new entrant’s discarded body, exchanging electronic immortality for a brief lifetime of love.