Newt Gingrich’s recent call to end bilingual education brought to mind the story of the Tower of Babel. Seems to me God weighed in on the multilingual nature of the species, way back when. You don’t want to buck God, do you Newt? There’s another bit about Do Unto Others too, but you long ago proved you don’t give a damn about that one. Somebody should totally immerse your linguistic ass in some refugee camp somewhere just to give you a taste. Where’s that God when you need Him? Here’s a picture of Newt (foreground) overseeing an ambitious project in the Monolingual America of the Future. I don’t know where he’s getting all the workers, since no Spanish speakers are allowed. (Maybe that’s why there’s no roof on the place). 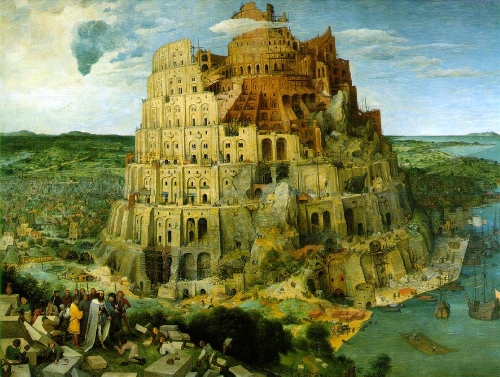 1 thought on “Newt needs to read his Bible”