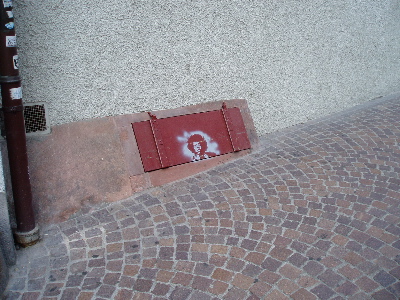 I’ll be at the WFC in Austin, November 2-5, staying at the Fairfield, the overflow hotel. It sounds like the main hotel is in some sort of suburban mall complex. How Texas. Too bad it’s not actually in the city. Austin is one of the cooler towns in Texas. I was there summer before last, briefly, visiting my first wife, Kathy. She visited Sarah and me for a week in Richmond last spring. I hope to see her while I’m in Austin.

This will be my first WFC. I’m not on the program. I’m not autographing (sitting alone at a table for an hour, in my experience). There are several panels I’m interested in, readings I want to hear, folks to get caught up with. Other than that, I’ll just be hanging out. I hope to meet a few new folks. No one can accuse me of getting out too much.

What I miss most about Texas (not a long list, admittedly) is good Mexican food. Richmond’s getting better, but the best place here wouldn’t last a week in Austin. As long as there’s decent Mexican food I can hike to from the Fairfield, the trip will not have been in vain. The other thing I miss about Texasâ€”okay, the list is two items longâ€”is the Texas sense of humor and irreverance.

Austin is one of those towns where a lot of left leaning Texans end up. I probably know a couple dozen people who live there, people I’ve lost touch with over the years. Maybe one of those people will read this and show up at the Fairfield with Mexican food and beer. It’s a fantasy convention after all.