Sarah had a couple of days off for Lee-Jackson Day and Martin Luther King Day, and we needed to get away.Â  We both read The Big Sleep, stayed in a fabulous old downtown hotel for way cheap, and relied entirely on public transport, except for the bikes we rented in Santa Monica.Â  What a great town LA is, in its sprawling California way.Â  We went to Hollywood, Santa Monica, Venice, Griffith Park, MOCA, La Brea tar pits, the marketâ€”the whole tourist experience.Â  Public transport was cheap, plentiful and efficient.Â  We found Californians incredibly friendly and helpful.Â  We had one spectacular crazy on a busride home.Â  Truly eloquent.Â  In Venice we resisted the Kush Doctors being advertised but rode with a herd of pub crawling med students who emanated a manic contact high of their own.Â  I’m contemplating putting them on the same bus with the crazy in some fictional busride.Â  The weather was luxuriously warm and exquisite until the very end when we were rained on a little, but we found great shelter in Birds on Franklin Avenue, a terrific place.Â  The bookstore down the way had a 1st edition hardback of Circuit of Heaven I signed for them.Â  Don’t have too many of those myself, but the price was too high for me.Â  Some pictures:Â  Me with a Short-faced bear at La Brea, the Griffith Observatory and LA from Griffith Park, and the Santa Monica Pier. 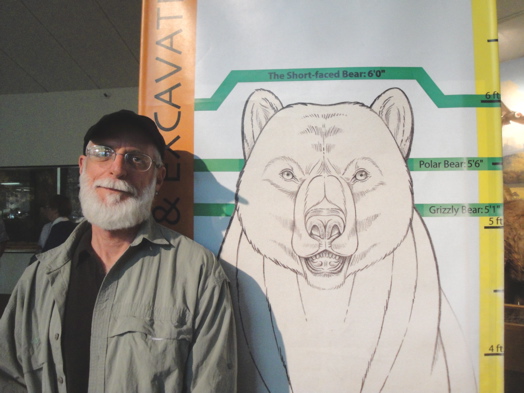 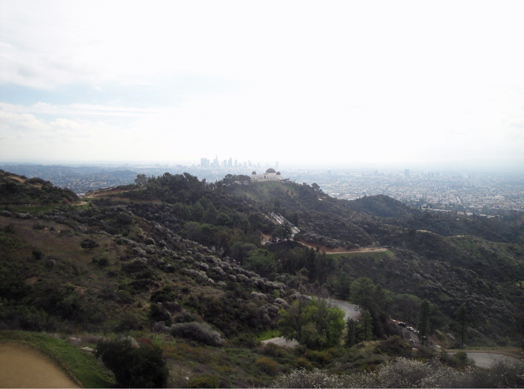 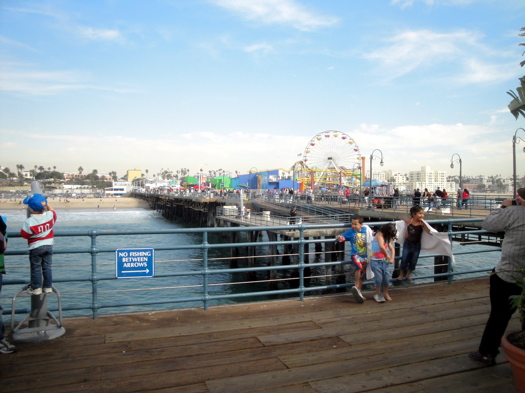