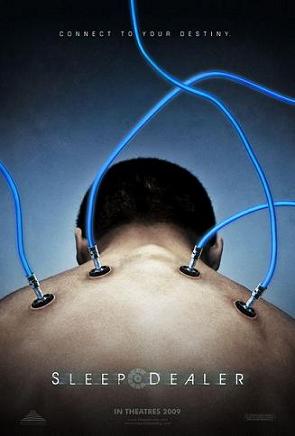 Readers of The Fourth World are familiar with my interest in the politics of immigration and technology.Â  Sleep Dealer, set in a near-future Mexico, is a brilliant exploration of the theme.Â  While American sf films get worse and worseâ€”witness the recent Star Drekâ€”films like this and the previously mentioned District 9 are being made elsewhere.Â  Why critics must say it’s “disguised as science fiction” when it’s nothing but is due to the American crap that defines the genre in most peoples’ minds so that if it’s worth watching by anyone over 12, it can‘t be sf.Â  If the politics of “illegals” shows up in your town (and where doesn’t it?), or if you’ve ever wondered about that term “American Dream”â€”see this film.