Capclave was a great time, especially hanging out with Jeff Ford. Highlights were Jeff and Ellen Datlow interviewing each other and Andy Duncan reading a terrific new story involving Flannery O’Connor and a chicken. Last year, Capclave was a bit of a bumpy ride, but this year it ran superbly. All the panels I was on were fun except I think I’m as over the term “interstitial” as I once was over “cyberpunk” when I found myself on panels entitled “Is Cyberpunk Dead?”

For various reasons, mostly the bad photographer, none of my pictures from the con turned out, so I offer this as a consolation prize, the monument to Atheists in Foxholes brought to you be the good people at the Freedom from Religion Foundation: 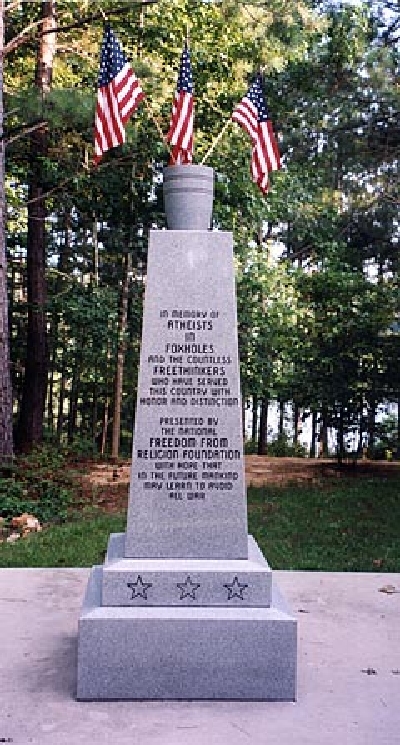 2 thoughts on “Capclave and foxholes”