I’ve been teaching a science fiction class for several years now with Philip K. Dick’s Do Androids Dream of Electric Sheep? on the reading list. I also include sf films, but in previous years haven’t shown Blade Runner fearing the popular film might eclipse the book. I shouldn’t have been concerned. The students overwhelmingly preferred the book. While the look of the film is stunning and influential, the narrative is no match for the original novel. The “love story” upon which the movie turns is embarrassingly awkward. One of my students described the pivotal love scene as a bit like witnessing date rape. I have to agree. The same student informed me that the film’s designer, Syd Mead, was on campus last semester, and she passed along this handsome poster for the event. I’m kicking myself for missing it. His other work includes Tron and Aliens. 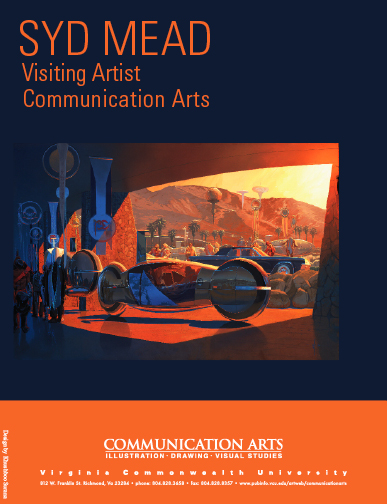