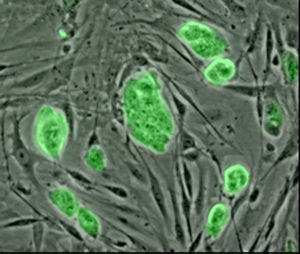 Hearing that thousands of embryonic stem cells languishing at fertility clinics have been spared the horrible fate of being used in research to cure Alzheimer’s and other pesky diseases by the veto of the Ethicist-in-Chief George W. Bush, God made an unscheduled campaign stop at one such facility today and delivered his usual stump speech in hopes of winning the votes of these wombless citizens.

“Frankly,” the deity said, “I found them completely unresponsive, scarcely alive. Of course, they were frozen.” Perhaps their lack of enthusiasm was due to their being destroyed shortly after God delivered his half-hour address. The director of the facility apologized there wasn’t time to thaw them out before God’s visit but opined it wouldn’t have made much difference. “They’re not really very political,” he said.