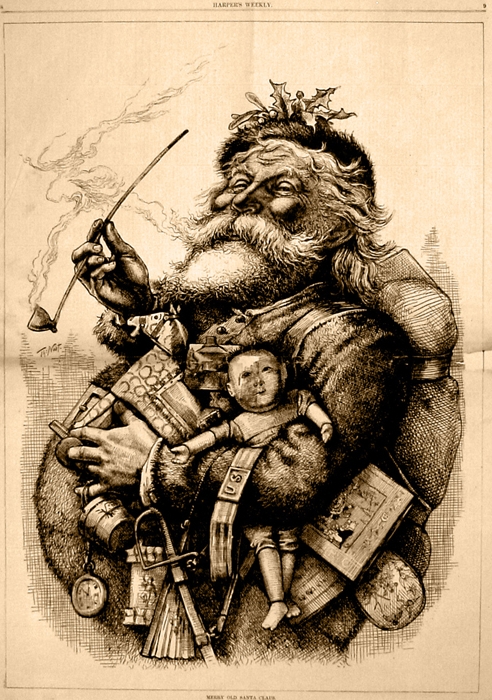 Santa Claus! “While there were many strong contenders,” God said at an announcement ceremony at the North Pole, “Santa and I see eye to eye on so many issues, he seemed to be a natural.” While the Lord giveth and taketh away, Santa is primarily known as a giver, though, like God, he has been known to withhold gifts from those who don’t believe in him. They both have been purported to keep lists of those who are naughty and nice, and both are uncannily aware of the most intimate details of each and every person’s lifeâ€”even when they’ve been sleeping and when they’ve been awake. “The young people take to him, especially,” God pointed out, a weakness in God’s demographic in recent years when the young have often been described as godless.

The nomination was not without controversy. The Tooth Fairy, thought to be a strong contender, was openly critical in her comments to the press. “God had the opportunity to add a woman to the ticket, someone with a serious background in basic economics. Instead we have a guy who laughs all the time and has no concept of getting a fair return from those he’s supposedly ‘helping.’ How will people ever learn self-respect and good dental hygiene and the importance of suffering?”

Santa has not been without controversy in recent years, with charges of his exploitation of elf labor under harsh conditions and his cruelty to animals forcing a team of reindeer to fly around the world in a single night, but God brushed off such criticisms. “Look. The guy believes in being good for goodness’ sake. What could be wrong with that? I looked into his soul and liked what I saw.”

There were questions about what Santa was smoking in his pipe that made him so jolly and whether he set a good example for America’s youth, but God said whatever it was, he created it and it was 100% organic. “Not like that junk Joe Camel sells!”