And none too soon. I’m giving a talk at the Library of Congress next week entitled, “What I’ve Learned Teaching Science Fiction.” More about that later, but what I learned this summer is not to put so much new stuff in the middle of the syllabus. Worn to a frazzle, I am. Hence my silence here for some weeks now. Still, it was a wonderful experience as always, getting to meet bright young people and teach them something about the literature I love. The honors for favorite movie in the Urban Fantasy class was a tie this year, between Let the Right One In and Donnie Darko. The favorite book was MiÃ©ville’s The City & The City, with Empire of Ice Cream and Anansi Boys a tie for second.Â  Adaptation and Stranger Than Fiction were invited to leave in equal measure.Â  They resist the notion of metafiction as a fantasy device, and Stranger Than Fiction fell to the cheesy accusation.Â  Fair enough.Â  Peter Straub’s lost boy lost girl didn’t charm them as it did me, and was the least favorite.Â  In a departure from previous years, feelings didn’t run so strong one way or the other on Kafka on the Shore, though I suspect more than a few might not have finished it.Â  I do need to find a shorter book, though once again I loved rereading it.

The finals are read.Â  The grades turned in.Â  Now where did I put that glass of wine?

I am not a good man.
No need of a god to confess
that one to,
to offer penanceâ€”
passionâ€™s ashes and a spent bag of windâ€”
every godâ€™s treasure:
Another sorry old man
like Himself.

Or so the old ones say.
Not old like me, you understand,
but older-better, wiser, deader:
Eternal life, salvation, all of that.
Thatâ€™s not what Iâ€™m afterâ€”what comes after.
Iâ€™ve had a glimpse, caught a whiff.
That changes things, the small disaster.
Tenses shift.
Time is altered.
I have not been a good man. 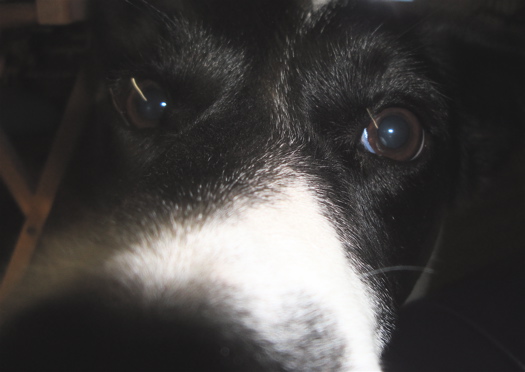