Ever since Princess Leia saw her home planet get waxed by the Death Star, witnessing the demise of one’s home planet has become the gold standard of sci-fi suffering.Â  The new Star Trek gives us two destroyed planets.Â  Billions and billions of lives, but not to worry, their cultures are preserved, and would you check out those visuals?Â  The best Trek in TV and movies, it seems to me, always relied on heart (sometimes too much heart) and story.Â  The new Star Trek has neither.

The actors here are good.Â  Professionals armed with hours of material showing them who they’ll become, they deliver young Kirk, Spock et. al. quite convincingly, if mostly predictably.Â  The young Kirk was often painful to watch, but then so was Shatner.Â  Too campy and cutesy by half, no one could quite decide how seriously we were to take this nostalgic exercise.Â  Even so, if there’d been a story to care about, things might’ve gone well.

The story, however, is just plain dopey and dull and heartless.Â  The villain powering the plot is a misinformed idiot from the future, more to be pitied than feared if it weren’t for his big planetary drill and his red glob of black hole stuff.Â  The only way to save the planet is to sword fight without getting incinerated by the blasting flames.Â  (The game developer wrote this bit).Â  The villain’s ship and its interior is way spooky but must be a bitch to work in.Â  Looks like it was designed by an art director in collaboration with the fight director.Â  All in all, the future doesn’t seem very bright.Â  Or interesting.Â  Nice tattoos though.

This movie doesn’t care about the story; it’s an excuse to do what every dumb sf movie does:Â  Have pointless fights (fists, swords, whatever) and blow shit up.Â  And oh yeah, spawn sequels.Â  The cash cow is mooing again.Â  Expect more of the same II.

This is a real good and loud blow-shit-up movie with a big cheese ball (provided by Leonard Nimoy) in the middle.Â  Decent science fiction?Â  Not so much.Â  A thought in its head?Â  $$.Â  A big disappointment.Â  The previews for other crappola sf, all seeming to sport transformers and explosions, were supposed to make us grateful for the biggest, noisiest blockbuster of the summer.Â  Ugh.Â  If you want to watch decent science fiction these days, watch television.

Bologna is filled with beautiful colonnades and interesting passageways. 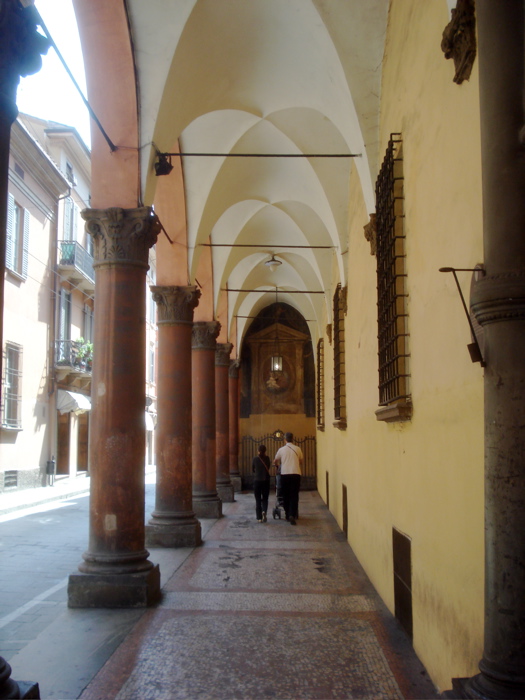 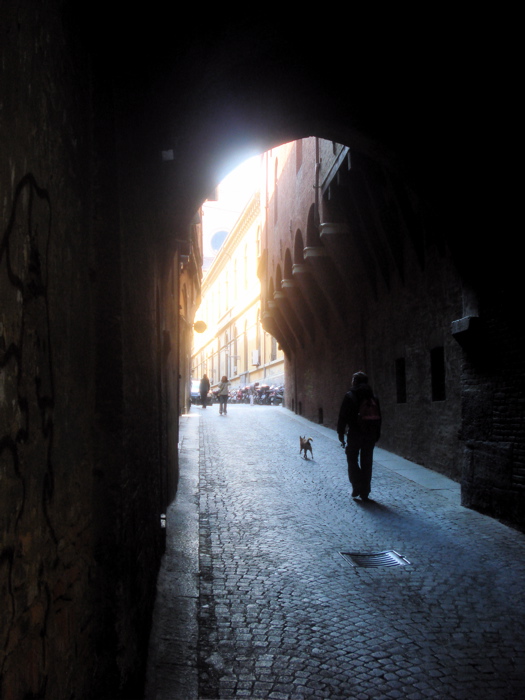 We stopped in Parma mostly because it was striking distance to Milan but ended up having a great time on Liberation Day. 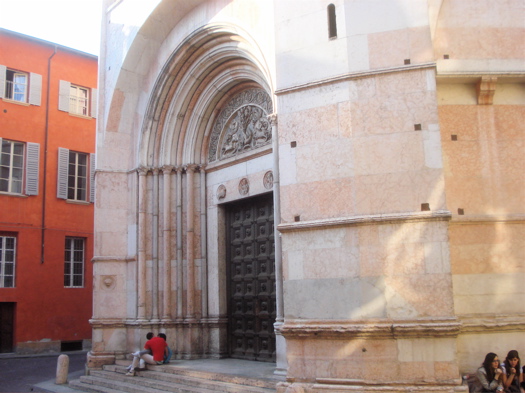 From Milan, we went to Camogli, a lovely coastal town with nice hiking and ferry connections to places like Portofino.Â  We hiked, we rode boats.Â  Ratty and Mole had a swell time. Why Portofino has a rhino hanging around, I have no idea, but it’s a fetching piece of public art. 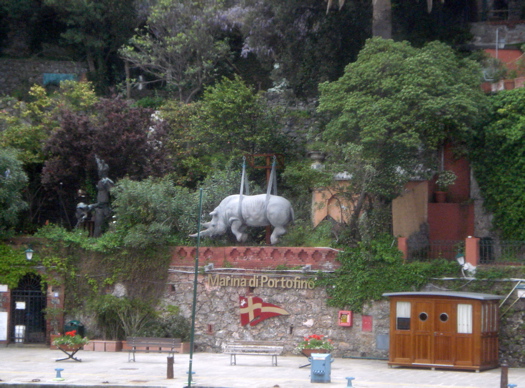 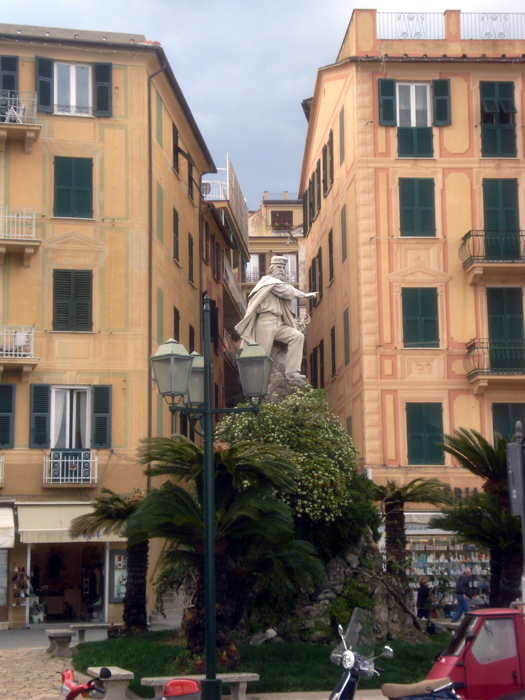 We returned from a wonderful vacation in Italy late last Sunday night.Â  Next morning, I had a heart attack, spent a couple of days at St. Mary’s, a damn fine hospital.Â  I have three stents in two different arteries, and I feel better than I typically did before the procedure.Â  So.Â  Never a dull moment.Â  Having a heart attack has proven to be something of a hectic social event, delightful, but a bit exhausting.Â  I’ve told the tale too many times.Â  The essentials are these:Â  I almost died, but didn’t, and actually feel better as sort of a bonus prize.Â  I was going to put off this blog until I’d contacted everyone who needed contacting, and I gave up.Â  I’m doing great.Â  Life is wonderful.Â  Spread the rumor.

Now for a little bit of Italy.Â  This is my favorite from Milan.Â  Close up and in context: 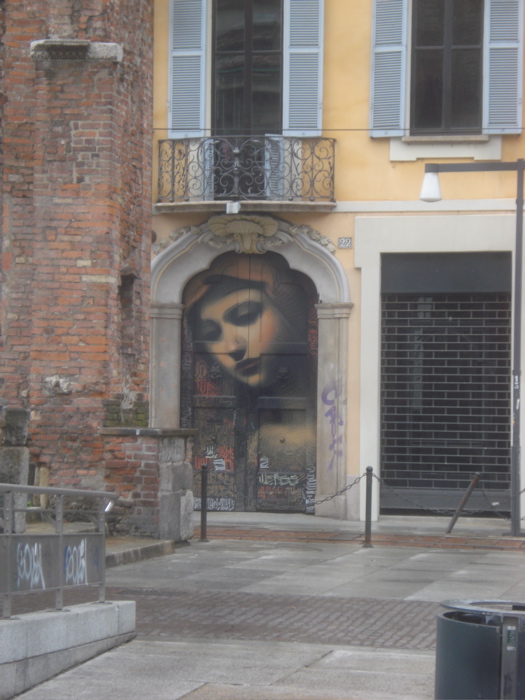 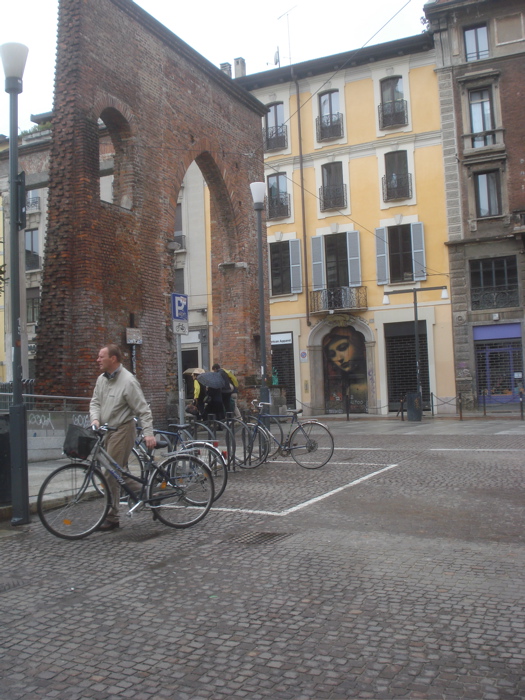