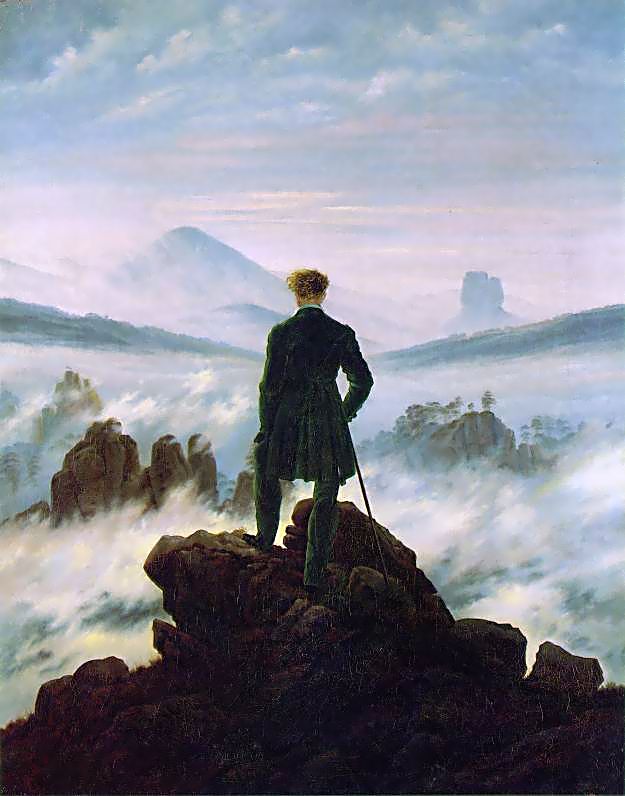 That’s how I’m feeling these days…

I almost forgot.Â  It’s been so crazy since I got back from ICFA, I haven’t even blogged about it yet.Â  Maybe this weekend.

Tomorrow, however, I’ll be in Williamsburg for a signing, chat, reading if there’s enough folks, from 4-7 pm:

Three hours is a long time to stare at a stack of unsold books.Â  Stop by and help a fellow out.Â  I’ll be signing The Bright Spot for that guy Robert Sydney.Â  If you won’t come by for me, do it for him.

The second class I teach this summer will be Urban Fantasy, June 22-July 23, Monday-Thursday, 10:30 am-12:45 pm.Â  I use the term loosely to mean fantasy in a contemporary setting, rather than the narrow marketing niche which seems to be all about sexy vampires and werewolves, neither of which interest me much, except that book Wilderness, but I can’t teach my own stuff.Â  There has been a growing interest from students in years past to look at some of the earlier incarnations of the form in fiction and film, so hugely influential on guys like Gaiman (and myself).Â  So the biggest change here is in the starting point.Â  The reading listâ€”

The films will be Harvey, Pan’s Labyrinth, Sixth Sense, Being John Malkovich, and Donnie Darko.

I’ll probably show a few clips from the film version of Topper as well.Â  The novel is quite charming and seductive and an acknowledged influence on Gaiman.Â  If I can only show one classic film fantasy, it will have to be Harvey.Â  The pairing of Sean Stewart and Sixth Sense, both non-horror ghost stories, is always popular.Â  Both Anansi Boys and Pan’s Labyrinth embed conventional mythologies to tell a modern story.Â  Jeff Ford and Malkovich are my favorite representative of the wacky weird.Â  I would like to find a shorter Murakami (or his equal) to manage the magic Kafka on the Shore conveys, but so far I haven’t found it.Â  Darko‘s destiny driven pseudo-science and adolescent edge make it a suitable companion.Â  I’ve cut Kelly Link for now and am giving Edward Scissorhands a rest.

Once again I’ll be teaching two classes at Virginia Commonwealth University this summer.Â  The first one is Science Fiction May 18-June 18, Monday-Thursday, 10:30 am-12:45 pm.Â  I’m teaching a completely new reading list this year.Â  It’s still an historical survey from the fifties to the present, but it’s also a thematic selection centered around war in some way or other.Â  The reading list isâ€”

Philip K. Dick, The Man in the High Castle

Rereading the Heinlein with the prospect of teaching it, I almost chickened out several times before turning in the book order.Â  This is one right wing book, but it’s a good book.Â  My biggest fear is that it will bore students, since it’s no action thriller.Â  But if the ideas don’t piss you off at least once, you’re not paying attention.Â  Dick was an obvious choice to represent the alternate history approach to the war theme, and an sf course without Dick isn’t one I’m teaching.Â  Haldeman’s brilliant answer to Heinlein is one of the best sf novels ever written.Â  Joe has agreed to address any sticky questions the class might confront along the way.Â  Gibson’s Count Zero is one of my favorite sf novels and the best of The Neuromancer trilogy.Â  His depiction of corporate warfare in a world where nations are more or less irrelevant is convincing, influential, and possibly prescient.Â  Last year, I instituted a policy whereby the book representing the current state of sf would be the one that ignited the biggest critical and mainstream buzz.Â  The Road was an obvious choice last year and would’ve been a logical choice this year if that didn’t mean I’d have to reread it for the sixth time, and I’m just not cheerful enough these days to face that prospect.Â  Doctorow’s Little Brother won’t likely be Oprahized, but it’s certainly got buzz, and the course wouldn’t be complete without that war we all know and love, the War on Terrorism.Â  Doctorow is always interesting.Â  Films will be Invasion of the Body Snatchers, Dr. Strangelove, Star Wars (1977), The Terminator, and Children of Men.Â  Terminator in light of the interesting TV series it’s evolved into, as well as its use of the time travel theme so often a companion to war themed sf, made it an obvious choice for the eighties, the governator and all.Â  The tough choice was Star Wars.Â  I remember teaching the Bible in world survey classes back in Texas.Â  I fear it could be like that.Â  To me it’s Flash Gordon meets Parzival, but to some it was a cinematic miracle.Â  I’ll never forget seeing the thing for the first time at a Texas drive in, starry skies backed by starry skies.Â  After the second (and best) film, the franchise steadily erodes in quality to me, but their influence is enormous.

As I mentioned in a previous post, Realms of Fantasy was slated to close leaving one of my stories, “Healing Benjamin,” in limbo.Â  Appropriately, since Benjamin is a cat with more than the allotted nine lives, the magazine has been resurrected and Benjamin too.Â  The details can be found here.Â  I double-checked all this with friend and editor Shawna McCarthy, and sure enough, Realms will continue with her as editor.Â  Things will be delayed a bit.Â  The next issue might be May or even later.Â  Stay tuned.

I confess to reading and participating in those unscientific polls on the CNN website.Â  Recently the question was something like “What would you be willing to give up to save money in the current recession?”Â  The choices were cable, cell phone, car, dining out, and nothing.Â  Pick one.Â  Clearly the nothing option is for those folks who’ve never actually been without funds.Â  Things have a way of being given up for you when there isn’t any money.Â  I thought about it hard and clicked my choice.Â  The last thing I would give up was the overwhelming first pick (70%) of the unscientific clicks around the world:Â  Dining out.Â  My choice to eliminate was the last to go for everyone elseâ€”a car.Â  The game is rigged a bit for me and Sarah since, by choice, we have neither cable nor cell phone, so we’d have to get them before we could live without them.Â  Our car, a ’96 Civic with indeterminate 100K+ mileage (busted odometer), still runs fine for our limited demands upon it.Â  When it goes to scrap, we likely won’t replace it.Â  Dining out, however, is entertainment, exploration, and (when we do it) fairly cheap.Â  They didn’t ask about Netflix or my high-speed internet connection.Â  As for giving up my laptop, you better smile when you say that, mister.

I just read an unpublished novel to give the writer whatever helpful advice I could.Â  I thought there were several problems, and I suggested some revisions, and maybe I will have helped and maybe I won’t.Â  Even though some of the most important issues I had with the novel surfaced early in a fairly rocky beginning, I read to the end because it was one of those plots it’s difficult to judge without reading the whole thingâ€”which is probably roughly 100% of decent plotsâ€”and it did get better as it went along.

This got me to thinking.Â  Maybe I would’ve served the writer better to stop when I first started having problems, when I first would’ve said to myself (if I’d bought it) “I paid $24.95 for this?”Â  I wouldn’t be able to place my problems in a larger context, but so what?Â  If the first 100 pages don’t work, the rest is toast anyway.Â  Sometimes writers try to defend sluggish openings because it sets up the wonders to come.Â  Lots of luck with that.

Another disadvantage of my having read the whole book is I’m now ruined as a first time reader forever.Â  You want first readers, and they’re like first dates, one to a customer.Â  This isn’t Groundhog Day.Â  You can read a book the first timeâ€”like future editors willâ€”only once.Â  Even if this writer revises the book following every nuance of my brilliant advice, in a way, I’d be the worst reader to give it another look.Â  The ghost of the first read would haunt the reread.

Worse, I’d be invested.Â  You see this in workshops all the timeâ€”folks defending a revision of a still-lame story because it incorporated some of the defender’s advice and strokes his ego.Â  One of the problems with workshops generally is that they can enshrine the opinions of stale readers, especially if they’re bullies.

So perhaps in future, I’ll just ask to see the first 50 pages and report on that before proceeding.Â  Hopefully, it will be an urgent, “Send more!”Â  If such a procedure would make you anxious about the fate of your own novel-in-progress, may I humbly suggest (sight unseen) revision?