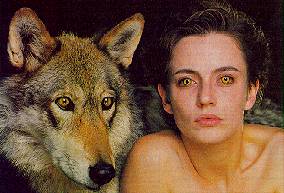 One of my favorite novels by one of my favorite writers is It’s Superman by Tom De Haven.Â  He’s going to be on With Good Reason on 88.9 in Richmond this Saturday at 4:30.Â  Or you can go to the website and listen to the show now.Â  The first segment is about John Henry and is worth a listen.Â  If you want to skip ahead to Tom, he’s about 18 minutes in.Â  And if you haven’t read the novel, you should do so immediately.Â  It’s a gem. 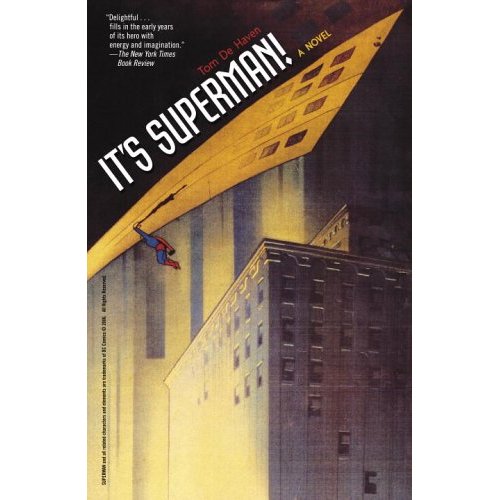 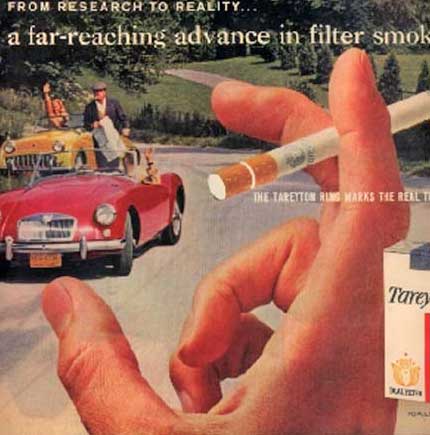 Iâ€™ve been asked to read an unpublished novel set in the mid-50s and give the writer some feedback.Â  It has many, many virtues, but a minor recurring misstep thatâ€™s common enough to be worth sharing and commenting on.Â  The main character is a smoker.Â  His brand is Tareyton.Â  So instead of lighting up a cigarette, he lights a Tareyton.Â  He takes a Tareyton out of the pack and smokes it.Â  When that oneâ€™s burned, he has another Tareyton.Â  Whatâ€™s wrong with this?Â  Isnâ€™t this an authenticating detail placing us authentically inside the time period?Â  Isnâ€™t it like the Buick he drives and the Hudson he parks next to?Â  No, because thatâ€™s not how smokers, now or then, think.Â  It doesnâ€™t place us in the time period but outside the perspective characterâ€™s head into the author as docent.Â  Instead of being in the fictional dream, weâ€™re looking at a diorama.Â  Oh look, thereâ€™s the pack of Tareytons.Â  If the character is thinking Tareyton, as in, â€œHe was thinking of switching brands.Â  The Tareyton tasted like charcoal,â€� then it makes sense.Â  People argued brands; some brands had a rep.Â  Chainsmoking Luckies showed a certain suicidal gusto you couldnâ€™t achieve with other brands.Â  Tareytons had the most obnoxious commercialâ€”Iâ€™d rather fight than switch.Â  But in the years I lit up first and put on glasses second, I wasnâ€™t thinking brand, only smoke. Cigarette brands have their place.Â  My mom smoked two brands, Parliaments and a revolving door of menthols.Â  She liked the Parliaments because of the recessed filter, while other brands supposedly irritated her lips.Â  About a third of her intake were menthol, which she fancied soothed her troubled lungs, but she could never find the one that pleased her like Parliaments.Â  She counted how many she smoked of each kind on hash-mark-filled pads.Â  But even she wasnâ€™t thinking brand name when she needed a smoke.Â  If youâ€™re trying to be inside a time period or an alien universe either one, you canâ€™t do so successfully without being inside your characterâ€™s head first.Â  And lungs, I suppose.Â  Then the world will follow.

We’re thinking about a return trip to Mexicoâ€”my favorite travel destination.Â  One of the coolest museums I’ve ever been to is the Museum of Anthropology in Jalapa.Â  They have several of the big Olmec heads.Â  This is one of the thousands of more delicate and whimsical pieces on display there: 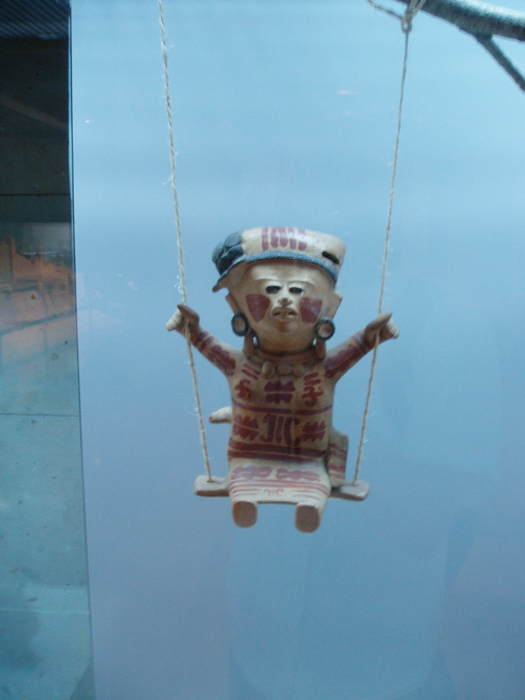 You can’t make up this stuff.Â  That the public would be shocked that someone whose nickname is “A-Rod” used performing enhancing drugs, shocks me.Â  It shouldn’t.Â  I live a few blocks from a “Drug-Free Zone,” which means, of course, that drugs are sold there.Â  The evening news is filled with drug commercials in which the litany of possibly lethal effects takes up more time than the vague benefits you’re supposed to “ask your doctor about.”Â  Parents dose kids with amphetamines so that they’ll perform better in a screwed up school system, but search kids’ lockers with dogs to unearth evil pot and claim we’re not violating their privacy.Â  I think we have a drug problem, but it’s not the drugs.Â  It’s the cloud of bullshit through which we view the issue.Â  We’re a drug taking species.Â  Get over it.

And A-Rod, it’s okay.Â  I know all the other boys were doing it too.Â  Run along and play now, but remember you’re a Role Model.Â  Show America’s youth there’s nothing more glorious than wacking a ball with a stick and running around in circles without drugs.Â  Except for prescription painkillers.Â  You’ll need those. Ask your doctor. 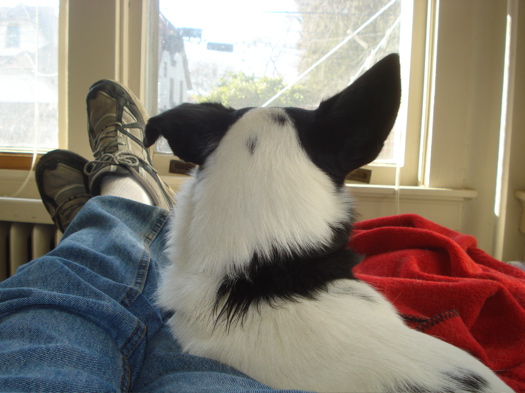 I’m shocked.Â  How could a good youth with a bright capitalist career ahead of him endorsing overpriced worthless shit to kids who can’t afford it, throw it all away for the evil weed?!Â  The one photo probably destroyed years of work by professional football coaches selflessly selling beer to America’s youth to put them on the path to manliness, obesity, and car crashes.Â  I don’t know how we can take him seriously as an athlete anymore.Â  He needs to learn we’re living in a free society where the state decides what you can ingest.Â  Stick with peanut butter and jelly, Michael, and you’ll be safe.Â  Wait a minute.Â  Forget the peanut butter for a while.Â  I’ll have to get back to you.Â  Just have a beer, why don’t you?Â  That’s right.Â  There was the DUI thing.Â  I know, I knowâ€”one of your rumored endorsements was to be McDonald’s, that purveyor of fine health foods.Â  Clean up your image by shoveling some of that crap down.Â  Set an example for America’s youth.

Lucky oligarchs with lots of cash
Are looking for someplace to leave it.
The price of grace has just gone downâ€”
They can scarcely believe it!
Future futures are headed south,
Their assets all are frozenâ€”
Difficult choices must be made
When oneâ€™s among the chosen.

â€œWeâ€™ve been through worse,â€� they remind themselves,
Though when, theyâ€™ve all forgotten.
â€œWeâ€™re lucky oligarchs with lots of cashâ€”
â€œWeâ€™ll buy up all thatâ€™s rotten.
â€œWhat care we if we must give up for now
â€œA house, a boat, a politician?
â€œWeâ€™re lucky oligarchs with lots of cashâ€”
â€œOur lives are a sort of mission,
â€œTo sell the world back to itself
â€œFor a modest and reasonable commission.â€�