My year wasn’t the greatest with several significant exceptions, my marriage to Sarah, adopting new dog Ethel, teaching a couple of really good classes.Â  The short stories did okay for me as well, but there was the cancer, the surgery…Â  But since Barack got elected, I don’t care.Â  I thought Dark Knight wasn’t nearly as good as Batman Begins.Â  I liked Ledger too, but the story was not nearly as interesting as the earlier film.Â  Iron Man too was totally predictable, and I love Robert Downey Jr., but I think I’ll just rent Chaplin again.Â  I loved Vicky Christina Barcelona, and I haven’t liked a Woody Allen movie in years.Â  We’re seeing old friends for New Year’s, so things are already looking up for 2009.Â  Who knows maybe I’ll even sell another novel.

It’s true.Â  There’s a lot of things we don’t have around here:Â  cell phones, iPods, leaf blowers, Blackberries, GPS, cable, satellite, HDTV, debtâ€”the list goes on and on.Â  We do have a bread machine and an espresso maker and a digital camera, all of which get heavy use.Â  I listen to music on my laptop, but don’t like to be enveloped in my personal music while navigating the world.Â  Rakes and brooms are superior technology to blowing devices.Â  We do have wireless fast internet.Â  I watch TV shows I followâ€”Terminator, Lostâ€”on my computer.Â  I don’t know what I’d get me for Christmas.Â  Maybe a Kindle.Â  I could be tempted by a Kindleâ€”but not at that price.Â  People whine hardbacks are too expensive.Â  When it warms up a little, it’s time to take the bike out for a spin.Â  I haven’t been on it since my surgery.Â  I will be cooking a Christmas dinner for various friends and neighbors who don’t want to spend the evening arguing with relatives.Â  I love Christmas.

I can understand why folks might be upset with Warren’s pick to handle the God talk at the inauguration, but as an atheist, I don’t have a God in this fight.Â  The way I figure it, if you don’t believe in God, why should it matter?Â  Who can properly address Santa?Â  Anyone?Â  No one?Â  I understand why the new president can’t possibly say he’s an atheist (if he is) because that would make him unelectable.Â  I’d rather have him in office than be 100% honest.Â  Change we can believe in has to have Him hanging around somewhere.Â  If you do believe in Godâ€”infallible, omniscient master of the universeâ€”then you have to trust the Big Guy to do the right thing by gays and pro-choice advocates even if Rick is a little challenged on these issues.Â  And think about it.Â  No matter who Obama picks, everything the person has said from any pulpit ever will be rehearsed ad nauseam.Â  Anything to avoid the real issues on this planet.Â  Remember Rev. Wright?Â  So who would you rather have sliced and diced?Â  Warren or some lefty so desperate to believe he’ll say almost anything, which then Obama will have to explain.Â  This is like arguing over the Tooth Fairy when you’re trying to reconstruct someone’s jaw.Â  I’d prefer a wiccan priestess myself, but I’d be mighty disappointed in his political skills if Barack listened to me.

Happy birthday, Jane.Â  A nobody during her life whose books were little read, she’s easily the most widely read (and reread) novelist ever and one of the most skilled.Â  She would never have made it to the Best of the Year lists if they’d had such things in her day.Â  She’s in good company.Â  Melville did okay with his more adventurous tales, but Moby Dick was practically a career ender.Â  Faulkner’s books were out of print when he was awarded the Nobel.Â  One likes to think good literature endures, but I’m not so sure.Â  We got lucky is all.Â  Sarah, recently at a loss for something to read, picked up Pride and Prejudice once again and once again couldn’t put it down, occasionally reading choice bits to me for my enjoyment.Â  Thanks Jane.Â  I’m glad we remember you.

For the past few years I’ve been working with Dr. Terry Oggel of the VCU English Dept. on an assignment with his graduate bibliography class.Â  (A real tough one by all accounts).Â  I’ve deposited the entire paper and electronic trail of The Bright Spot with VCU’s Special Collections.Â  This includes several drafts, handwritten notes, emails, etc.Â  Each student is given a portion to examine in minute detail to determine an authoratative text.Â  They find interesting things every time.

An issue that always comes up is the author’s intention.Â  I meet with the students a couple of times, the first to answer any questions they might have, and the second to hear their conclusions and comment on them.Â  The second meeting for this class was last night.Â  One student was working on a section I had revised in my handwriting on the printed page after editor Juliet Ulman’s astute comments.Â  The student assumed my original intention somehow trumped these written changes and wanted to revert to the unrevised text.Â  I had to ask why my earlier intentions were more important than the later ones.Â  That is, having heard Juliet’s advice and finding it useful, I had changed what I originally wrote, making it (I hoped) clearer and more effective.

I think this glorification of the author’s “original intent” grows out of the mistaken notion that somehow the novel precedes composition in some platonic realm, that the author somehow has a “novel in his head” he struggles to get on paper.Â  People tell me this sometimesâ€””I have a novel in my head I intend to write someday.”Â  In my experience, novels evolve.Â  The “original” intention is usually a vague, frail thing.Â  It’s only by endlessly indulging in the process of writing and rewriting that a novel happens at all.Â  Sometimes that process is actually held back by some misplaced affection for the original intention. 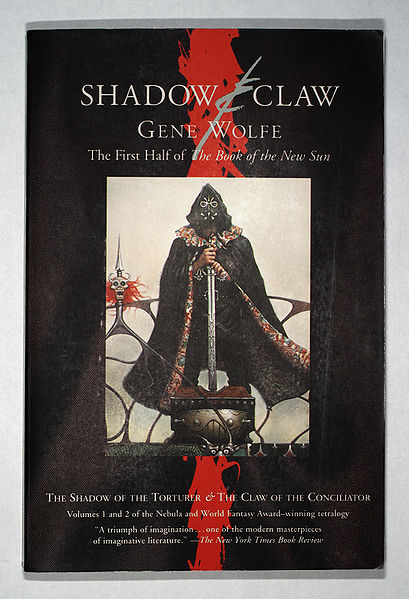 While I showered, Ethel tried to see the world through my eyes, apparently wanting to sink her teeth into the thorny issues of life… 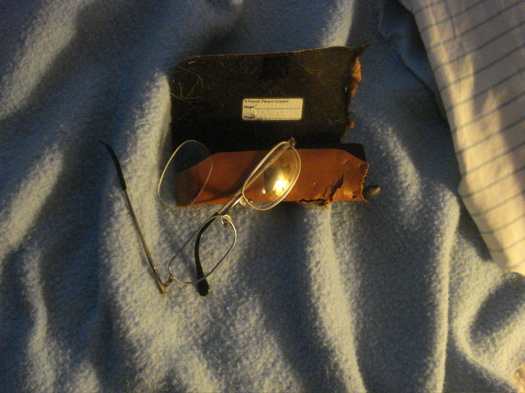