I’m attending Readercon in suburban Boston this weekend.Â  I’ve long wanted to attend but it’s been difficult scheduling in the midst of summer teaching.Â  Here’s my schedule:

Saturday 3:00 PM, ME/ CT: Panel
Academic Attention: Good, Bad, or Ugly?Â  Matthew Cheney, Dennis Danvers, Samuel R. Delany, David G. Hartwell (L), Fred Lerner, Veronica Schanoes.
Academic attention may be the best thing that’s ever happened to the genre, as writers get real-world attention and corresponding increases in advances.Â  Or it might be the worst disaster of them all, as the very lifeblood / sap / coolant fluid is drained from the genre’s twitching body.Â  Or maybe it depends on which academic is paying attention?Â  Absolutely no firearms or other weapons will be allowed in the program area for this panel.

I almost forgot.Â  It’s been so crazy since I got back from ICFA, I haven’t even blogged about it yet.Â  Maybe this weekend.

Tomorrow, however, I’ll be in Williamsburg for a signing, chat, reading if there’s enough folks, from 4-7 pm:

Three hours is a long time to stare at a stack of unsold books.Â  Stop by and help a fellow out.Â  I’ll be signing The Bright Spot for that guy Robert Sydney.Â  If you won’t come by for me, do it for him.

Anyone in Richmond who’s ever asked me “where can I buy your books?” knows the answer:Â  Creatures ‘n Crooks.Â  While many local booksellers talk the talk of being supportive of locals, C n C actually does itâ€”by stocking and selling their books.Â  The booksellers here are all wonderful, and the cat, Hamilton, is superbly pettable.Â  There’s nothing about this place not to like.Â  This Saturday I’ll be attending an event to benefit the store.Â  Please stop by.Â  Here’s the info.:

Saturday, January 31st from 1-4 p.m.
Mingle with authors, eat sugar-laden treats, win incredible door prizes and
buy books in support of the most charming book store in Richmond in the
words of our beloved mystery author and shindig organizer, J.B. Stanley ; )

No, that’s not a pirate tale, but a reading series in Petersburg, Virginia, just down the road from Richmond.Â  The Appomattox Regional Governor’s School has an outstanding Literary Arts program.Â  It’s been my privilege to work with them and get to know the students and faculty.Â  The students have teamed up with a local bookstore, Minerva’s, to host a reading series.Â  To quote from the Minerva website:

Mark your calendar now for the next one, February 19 from 5-6:30 pm. The readings feature some of the area’s most talented young writers and the sponsoring ARGS Writers Forum plans to open these to public participation. Readings are held the third Thursday of each month from 5-6:30 pm. For more information, contact Christina Trimarco.

I know what you’re thinking.Â  Student readings?Â  High School Student Readings?Â  Danvers has lost his mind!Â  Well, you probably already thought that, but trust me on this.Â  These guys are good. Â  Check them out.Â  You’ll be glad you did.

I’ve been asked by a student group called Literati at VCU to join Tom De Haven in a discussion of Neil Gaiman’s work.Â  Tom will talk about his graphic novels, and I’m to tackle his prose fiction.Â  I’ve been reading Fragile Things in preparation and am finding it delightful.Â  He’s grown a great deal as a short fiction writer since Smoke and Mirrors.Â  The only book of his that’s disappointed me has been Stardust.Â  It’s not bad just ordinary.Â  I think his particular brand of magic and humor works best in a modern setting. Â  I loved both Neverwhere and Anansi Boys.Â  I liked American Gods but wasn’t as impressed with it as one is supposed to be.Â  The event will be in Hibbs 308 at 4:30 this evening. 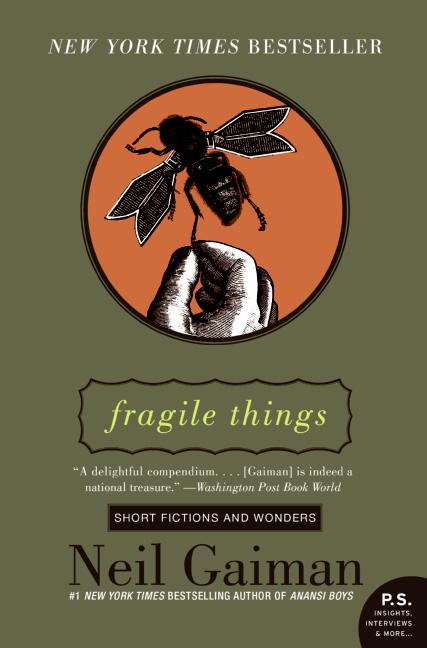 The high point for me was getting to hang out a bit with Michael Dirda and talk literature.Â  I also caught up with Andy and Sydney Duncan, Scott Edelman, and Ed Schubert.Â  Most of the readings I wanted to see conflicted with my stuff, but I did get to hear Hildy Silverman read a fun piece about witches at the mall.Â  The panel on endings I served on suffered from an overly controlling, verbose, and opinionated moderator, so that the rest of us didn’t get much chance to say anything.Â  Appropriately, I just wanted it to end!Â  One of the side trails that panel went down, as well as a couple of others, is the battle between the academy and science fiction.Â  Each seems determined to demonize the other with pointless strawman attacks.Â  One panel Michael Dirda was on, Is Genre Good?Â  addressed the issue directly, and Michael was surprised at the level of lingering antipathy in the academy toward sfâ€”surely we’d gotten past all that.Â  Afraid not.Â  But then sf folks hauling out the most absurd deconstructionists to be the norm of the academy doesn’t help the cause either.Â  Why can’t we all just get along?

Monday and Tuesday I was at the Appomattox Regional Governor’s School.Â  I had a workshop with one of their students, an absolutely terrific writer, and met with 4 classes who kept me interested, and I hope they can say the same.Â  They asked great questions, and their energy and curiosity are contagious.Â  Both faculty and students showed me a wonderful time.Â  Unfortunately, I’ll have to miss their annual Writer’s Festival this Saturday the 18th.Â  I hope next year Capclave and the festival don’t conflict.Â  You shouldn’t miss it, however.Â  Many events are open to the public, and you can see what a great place a public school can be.

I’ll be at the Appomattox Regional Governor’s School, a truly wonderful place I’ve blogged about before.Â  Monday, I’ll be workshopping with some students, then meeting with a beginning creative writing class to explain lying for a living.Â  On Tuesday I meet with a novel writing class, a Brit lit class (who just happen to be studying a favorite genre, medieval romance) then I’ve got a short story writing class where I’ll talk about something interesting I’m sure, probably revision.Â  That’s what I’ve been doing lately when I haven’t been watching Tina Fey lampoon Palin.Â  Maybe Fey could be Obama’s press secretary.Â  That would be all Mavericky, wouldn’t it?

Next weekend is Capclave in DC (October 17-19).Â  I’ll be doing a reading on Saturday at 3 pm, a panel on ending stories Saturday at 5 pm, and a panel on politics and economics of the future Sunday at 1 pm.Â  James Morrow, author of Only Begotten Daughter and Towing Jehovah, as well as other fine blaspheming satires, will be the GOH.Â  Michael Dirda, critic extraordinaire will also be there. It’s a small, reader-friendly con.Â  It’s at the Hilton at the Twinbrook Metro Station, so if you’re anywhere in the DC area, stop by. 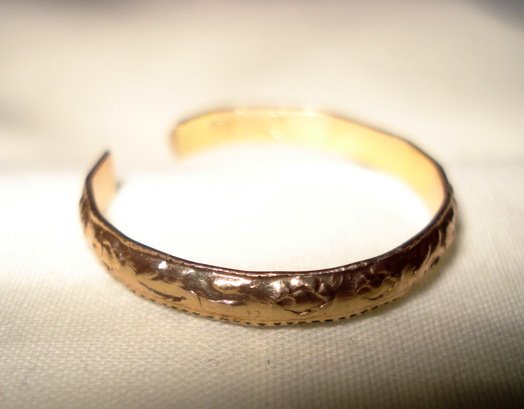